In 1965, Rainer Disse, one of the most significant church architects in post-war Germany, designed the Brutalist Church of St. Elizabeth with its monolithic spire (in Freiburg im Breisgau) . Brutalism was born in the 1950s out of early Modernism and became known for its characteristic use of raw poured concrete and large-scale geometric shapes. It brought a modern, radical design to cities and buildings across Europe destroyed by war. More recently Brutalist architecture has grown in popularity and become sought after for converting into residential developments as seen so effectively in the Freiburg Church project.

In the summer of 2018, set designer and interior designer, Ingrid Maria Buron de Preser started renovations of this majestic, abandoned building to transform it into a luxury property development, available for short or long term rental.

At the top of this 22-metre monolithic tower is the main room (with a floor area of 40 sq metres) finished with a dark, smooth waxed concrete, it has retained its hallowed atmosphere. The 8 metre high ceiling is accentuated by the Gyrofocus fireplace with its bespoke 7.5 metre flue, suspended off-centre, yet definitely the focal point of the room.

The symbolism of fire in sacred spaces, as seen in ancient temples or the eternal flame found in cathedrals, recalls the synergy between fire and the venerated. “It is a consciously staged relationship with a divine spark” as Ingrid Maria Buron de Preser explains "An open fire in the house is for me the basis of the beginning of everything.”  With a local company, Benz Ofenbau of Ohlsbach, she found a technical partner who understood her aspirations.

The Gyrofocus contrasts with the defined geometry and architecture of this Brutalist bell tower. The interaction clearly demonstrates how the masterful use of forms skillfully complements the interior. Like the bell that once stood at the centre of the church tower, the fireplace is now the centre of the secular building. The Gyrofocus was already in Ingrid Maria Buron de Preser’s mind when she discovered this property; she has always admired the work of Focus: “I love the creations of fireplace designer, Dominique Imbert,  he has always had such a strong vision and passion and he has never stopped combining craftsmanship with art and design.”. 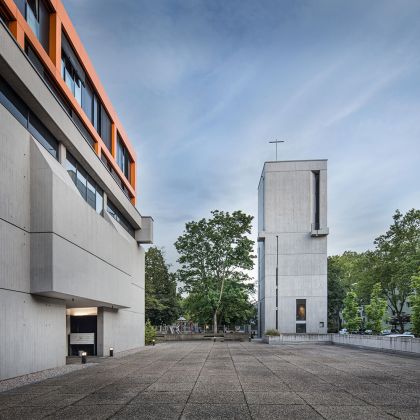 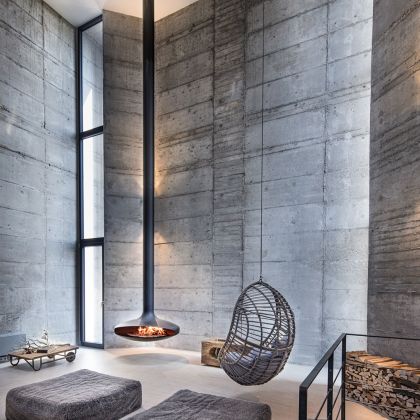 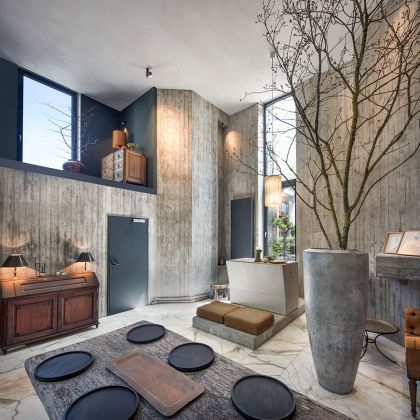 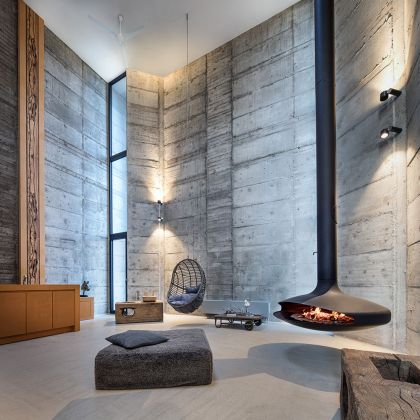 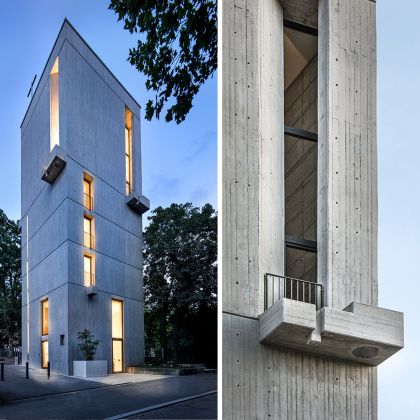 You are an architect/interior designer

and you want to work with Focus Contact us